Chillin at Utopia, where I worked for 6 Weeks in Cambodia.

My nickname while I worked at Utopia in Sihanoukville, Cambodia was… “Cowboy.”

There was a stray cowboy hat that said “Cambodia” across it that was laying around at Utopia, the hostel/bar I worked at in Sihanoukville, Cambodia. I picked it up, washed it and started wearing it.

All of the time.

Because I’m from the United States, wore the hat, and used Snuss (chewing tobacco, which I have long since given up), Europeans, Aussies, and Brits started calling me “Cowboy” (mostly because they couldn’t remember my name, but remembered the hat). It is, by far, the coolest nick name that I’ve ever received.

The nickname doesn’t fit at all. Yeah I might be Libertarian leaning, but I grew up in the Bay Area, California. Though, I did live in Reno, NV for about 7 years which is the Wild West…so I guess there’s a bit of Cowboy connection.

My friend (“Buddha”) invited me to join their table because they liked the hat. He wore it. A true privelege

Anyway, I lost it at a bus-ride rest stop somewhere between Mui Ne and Hoi An, Vietnam. I genuinely felt a sense of loss. I had grown very attached to that hat. Since I was in the middle of a harrowing, fiasco-filled 24 hour bus experience and had already read all of 1984 by George Orwell, I decided to write about it in my travel journal. This is not masterful prose by any stretch of the imagination, but a pondering of why I felt such a sense of loss. It is also a journal entry, so it is not proofread.

“I lost my hat. My Cambodia hat. It has been with me for only one month but it has been with me through so much. I will never own a hat quite like that again. It gave me an identity, a recognition, a “look,” impressed the ladies, gotten me goodwill from foreigners and the locals alike, shielded me from the sun (both asleep and awake), and was my prized souvenir of my travels.

I left it at a rest stop in Vietnam. I hope that hat is found, worn, and treasured by someone. Perhaps it will shield them from the sun preventing sunburns or skin cancer. Maybe it will help another guy with the ladies. Maybe a local will pick it up, have a good laugh with his friends, and toss it aside to be left as garbage. That hat has passed between 3 people, and my hope is that it continues to be picked up and passed on living on in other people’s photos; forever a part of their trek through South East Asia. It’s a magical hat of sorts. It’s a symbol of freedom from the drudgeries of daily life, and a symbol of joys and hardships experienced on the road.

Maybe it’s that as my trip comes to a close, that I’m ready to part with a life on the road in which that hat represents. Perhaps it’s a sign that I need a new hat to adventure with until that is too lost and passed on to the next worthy wearer. A symbolism of shedding one phase and moving to the next.

If that hat represents freedom does that mean that I’ve lost the freedom that the road has given me? NO! I’m always free in my own way.

My friend from Spain who I met on the bus and later kicked it with in Hoi An, Vietnam said “I don’t get it. Why don’t you just buy a new hat?”

Tuan who I met in Da Lat, Vietnam and brought me to his friend’s house for a Tet party 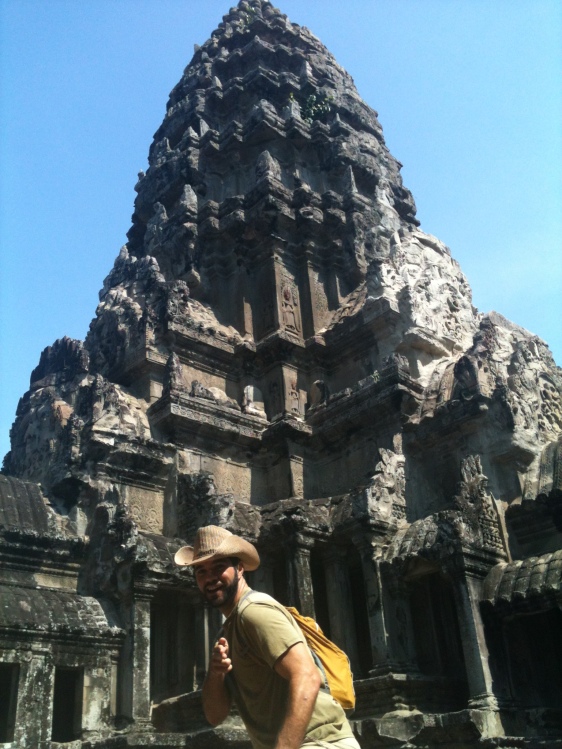 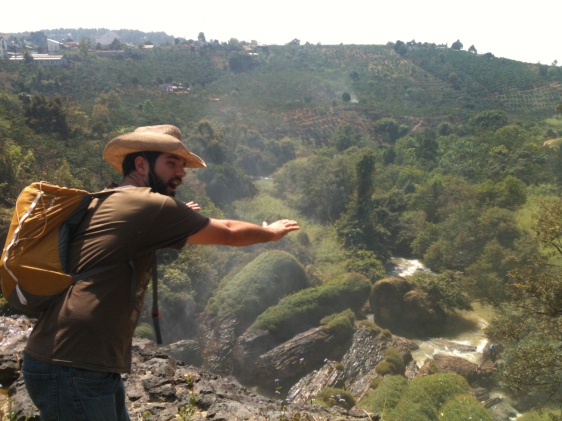 At the Elephant Waterfall in Da Lat, Vietnam

Hey! That’s not what cowboys ride!

My passion is guided historical walking tours, so I started my own tour company as side hustle. At the risk of sounding cocky, I'm a pretty darn good tour guide. We do regular weekly walking tours, as well as private tours. ....so come on the tour! Or at least check out my Richmond Blog!